In Montana, German Lutheranism has roots that run deep into the history of eastern Montana and can be traced directly to Miles City. Trinity Lutheran Church, Lutheran Church Missouri Synod (LCMS) first came into existence in 1906 in the heart of Old Trail West Country.

Reverend Herman Glaess, a 25-year-old Concordia Seminary graduate, was commissioned in 1883 to travel to Eastern Montana and investigate the possibility of mission work. Wherever he should find German Lutherans, he was to preach the Word and administer the Sacraments.

Reverend Glaess arrived in Miles City in March 1884. At that time, Miles City, MT, was populated by heavy-drinking cowboys and soldiers. Not to mention places of "low repute" may well have outnumbered religious institutions and businesses almost two to one. Missionary Glaess could little know that one day within earshot of the very railroad platform he stepped on to would stand Trinity Lutheran Church as a testimony to another kind of life and another kind of world.

Through many struggles within the synod and the newly formed Montana-Dakota District, another missionary, Rev. Henry T. Rauh, came to Montana with a meaningful assignment. He established German-speaking congregations in Eastern Montana.

In 1907, Reverend Rauh published a request for the names of German Lutherans living in the Miles City, MT area. Despite his efforts, only two people responded: A.G. Birkholz of Shirley and Mrs. M. Wehinger of Miles City, MT. That proved to be enough interest for Rauh, who became known as the founder of Trinity Lutheran Church. He began holding regular chuch worship services. On March 13, 1907, Reverend Rauh started with an afternoon service at Pine Hills and an evening service at the Custer County Courthouse with 24 souls attending.

On September 6, 1908, Rev. J.F.M. Essig became the first pastor-in-residence in Miles City, MT. Rev. Essig served Miles City, Pine Hills, and Beach, North Dakota, until 1912. He found the rough-and-tumble lifestyle of a "cow town" to be harsh. Rev. Essig moved eastward with his family. Many stalwarts, dedicated pastors, and missionaries have greatly helped our congregation over the past century. Presently, Reverend Howard Schreibeis is our leader.

One of those dedicated men was Reverend M.C. Kretzmann. In 1913, Kretzmann foresaw the need for the congregation to have a permanent worship facility. He was instrumental in the 1916 purchase of the former Presbyterian church for $2,000 cash. The new Lutheran congregation officially incorporated on July 11, 1916, with their first order of business being to complete the purchase of the old Presbyterian church. The Ladies' Aid Society helped raise the initial $300 cash needed for the deposit. To the glory of God and the service of man, Trinity Lutheran Church was dedicated on October 8, 1916, by Rev. H.T. Rauh of Billings. The original worship structure still stands today at our present location, having survived fires in 1927 and 1991.

Early in 1987, survey work began to determine the possibility of opening a Christian school within the Miles City community. More than a year later, the congregation reviewed the results of the survey. The congregation voted in favor of a Christian Preschool at Trinity Lutheran Church in Miles City, MT. On October 3, 1988, Trinity Lutheran Preschool officially opened its doors under the direction of Linda Merritt, wife of the pastor at that time, Rev. Glenn F. Merritt.

Presently, Trinity Lutheran Classical School serves the congregation and community with a capacity of more than 70 students, offering both morning and afternoon classes, weekdays throughout the school year. Its motto, "Shepherding Jesus' Lambs," reflects the mission and ministry of the school since its inception and opening.

In January 2002, the congregation voted to build a new addition to the building to provide classrooms for a new school. Groundbreaking took place on March 30, 2003, and the Laborers for Christ volunteers arrived in April that same year, completing the building in October 2003. Dedication of the new wing took place on November 23, 2003.

By the spring of 2004, under the leadership of Rev. James Mavis, the congregation prayerfully decided to begin the necessary work to determine the feasibility of the long-awaited elementary school. Further surveys indicated the demand for a Christian elementary school in Miles City, MT. Trinity Lutheran Classical School first opened its doors in the 2008-2009 school year.

Since 2008, Trinity Lutheran Classical School has expanded its teaching curriculum up through the 8th grade. This school's motto is: "Train Up a Child in the way he should go, and he will not depart from it." Our Lord Jesus Christ has truly blessed this congregation for more than a century. Please join us for worship! 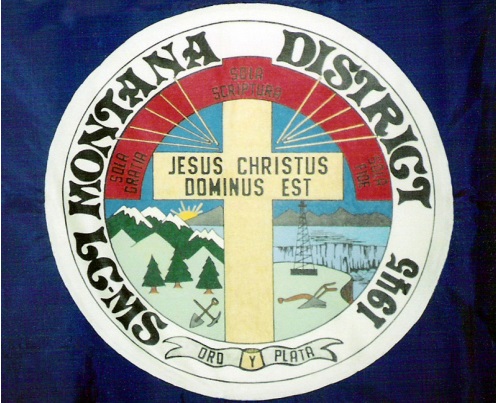 History of the Montana District

The Montana District of the Lutheran Church Missouri Synod (LCMS) was formed in 1945 when the North Dakota and Montana District divided. That also created the North Dakota District. Montana District headquarters are in Billings, Montana. Delegates from each congregation meet in convention every three years to elect the district president, vice presidents, circuit counselors, a board of directors, and other officers. The Rev. Terry Forke became the district president in September 2006. Rev. Forke became re-elected to a second term in 2009. The 31st Regular Convention on June 15–18, 2009 in Billings with the theme of "Let us hold fast the confession of our hope without wavering, for he who promised is faithful" (Hebrews 10:23). 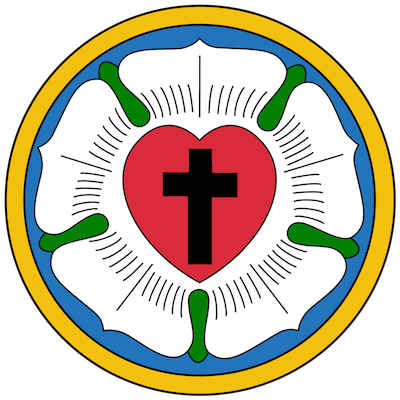 First, the late nineteenth and early twentieth centuries saw a wave of rapid growth due to a large influx of immigration from Germany and Scandinavian countries. Confirmed attendance of Evangelical Lutheran churches increased from 175,000 in 1850 to 2 million in 1910 over this 60-year time frame.

Second, as railroads expanded, many of these settlers moved into the upper Midwest, the Northwest, and Western Canada. They developed communities with diverse ethnic flavors and transplanted much of their traditional culture and ways of life to the modern. They started to speak in their native languages — German, Norwegian, etc.

During that time, the LCMS expanded from a few hundred congregations dispersed throughout Indiana, Illinois, and Eastern Missouri to approximately 350,000 baptized members in 1885. There were nearly 700,000 in 1900 and more than 1.2 million in 1935. The LCMS would rise to 1.5 million members by 1947, the centennial year. The LCMS reached 2.8 million members in North America by 1973.

As the organization's membership grew, so did its operations. For example, the synod has been active in education since its inception, when it inherited two seminaries, one in Fort Wayne, IN, and another in St. Louis, MO. The synod also quickly acquired a teacher's college, which is now known as Concordia College, in River Forest, IL. It first came into existence in 1885.

In 1894, a second teacher's college (Concordia Teachers College in Seward, NE) was founded. Over time, a network of 11 other colleges in North America has emerged. The Missouri Synod was funding missionary work in India, China, Nigeria, Brazil, and Argentina by 1938. American Indians and blacks were present in the North American congregations. Special utherna ministries were made available to the deaf and the blind.

Today's Lutheran Church Missouri Synod (LCMS) has approximately 2.7 million baptized members spread across the United States, Canada, and Argentina in over 6,000 congregations. Those in Brazil have become a sister church. The LCMS ministers to citizens in 29 countries globally through its missionaries and overseas employees, joyfully joining the apostle Paul in exclaiming, "Him we proclaim!"